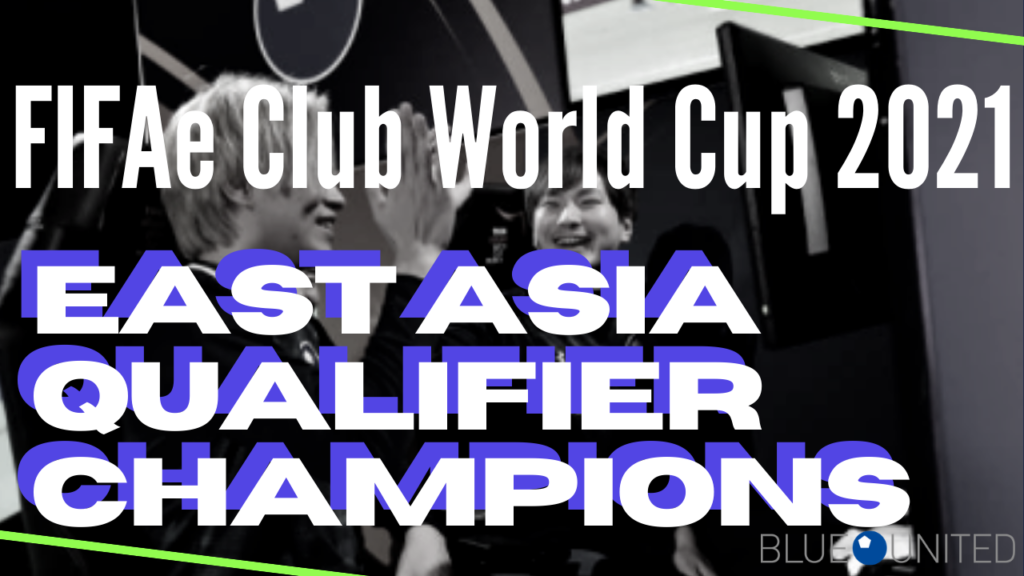 The FIFAe Club World Cup was established in 2017 as the official tournament of the EA SPORTS FIFA Global Series to determine the world champion of the e-football club.

From this year, FIFA’s e-sports division FIFAe will host each continental qualification as an independent tournament. Blue United eFC, current EA SPORTS FIFA 20 Asian Champion, won the Zone 2 (East Asia) online qualifiers which were held during 3 weeks in January, 2021 and their participation in the finals has been confirmed.

This will be the third time in total and twice in a row Blue United eFC participates in the FIFAe Club World Cup, which is a record in Asia.

Blue United eFC will try to win FIFAe Club World Cup for the first time in history, against high-caliber opponents from all over the world. The tournament will take place on February 24th to 28th, 2021.

“As our Blue United eFC enters its 4th year, we have always been reminded to make the choice to believe in ourselves.”, said Takehiko Nakamura, President and CEO of Blue United and the owner of the team. “I am proud of how far we have come, especially being a record holder – Most Qualifications. This is unprecedented in Japan and Asia, and I cannot wait to see how we do in the FIFA eClub World Cup.  It is truly a testament to the players and team staff’s dedication, sincerity, and respect.  As a leading global sports business company in Japan, I hope we continue to be the frontier for our nation, and I look forward to seeing this game grow further.”