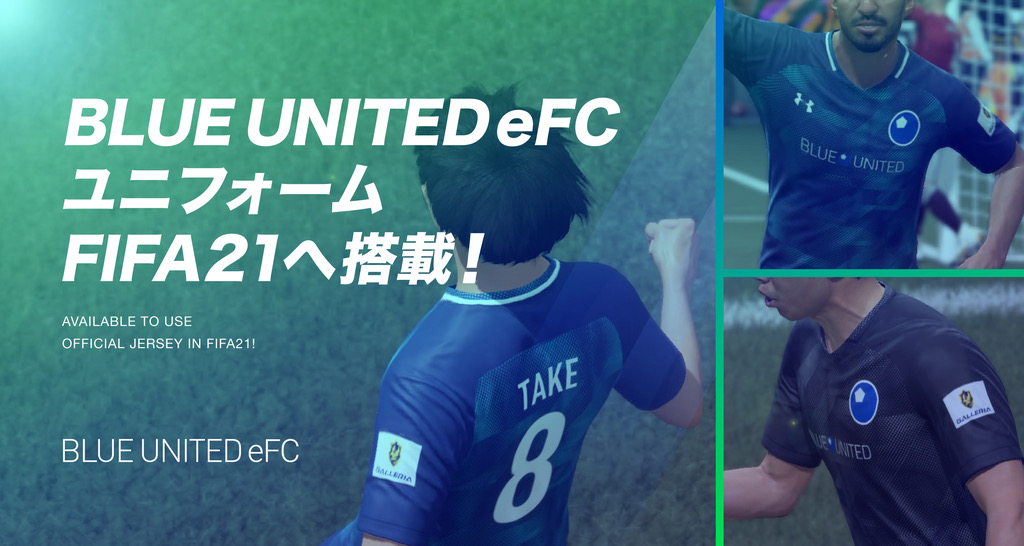 Blue United eFC is the current Champion of Asia in FIFA, the biggest football video game in the world; the team has qualified to 3 out of the last 4 FIFAe World Cups, breaking industry records; and in 2021 Blue United eFC became Champion of the FIFAe Club World Cup 2021 in East Asia (Zone 2).

Blue United eFC is top 5 in the world and is composed by 2 professional gamers, Agu and Tsakt, which are considered the highest talent in football gaming by industry experts and media.

Besides its fast success, Blue United eFC wants to continue innovating and challenging the status quo on and off the console and, for that reason, this is an enormous step for the organization. With more than 37.5 million of FIFA users in the world, having Blue United eFC’s jersey available in FIFA will open up massive possibilities for the team and its sponsors, in terms of global reach and worldwide recognition.

Fans will be able to build their FIFA squad heads to toes as Blue United eFC in FIFA 21, and sign top-quality talent to represent the team, such as Mbappe, Messi, De Bruyne or Benzema.

“We are pleased to announce this fantastic opportunity for everybody to be able to use Blue United eFC’s official jersey in EA SPORTS FIFA 21.,” said Tsakt, the professional player of Blue United eFC. “As a professional player, it is amazing to be able to use our team’s jersey in a game I have used since I was a kid. It’s a dream come true. We are very excited to use it during the next tournament and other team activities.”

“We are very excited for the installment of our official jersey into EA SPORTS FIFA 21 finally!” said Agu, the professional player of Blue United eFC. “The team has worked very hard to be were we are today and, as a result of our achievements, we can use our official jersey in the fame now. We will keep working hard to develop ourselves and to further promote our activities and deliver various contents to everyone who supports us.”

This will be the only opportunity for the public to earn Blue United eFC team kit in FIFA 21 so please don’t miss this great opportunity!