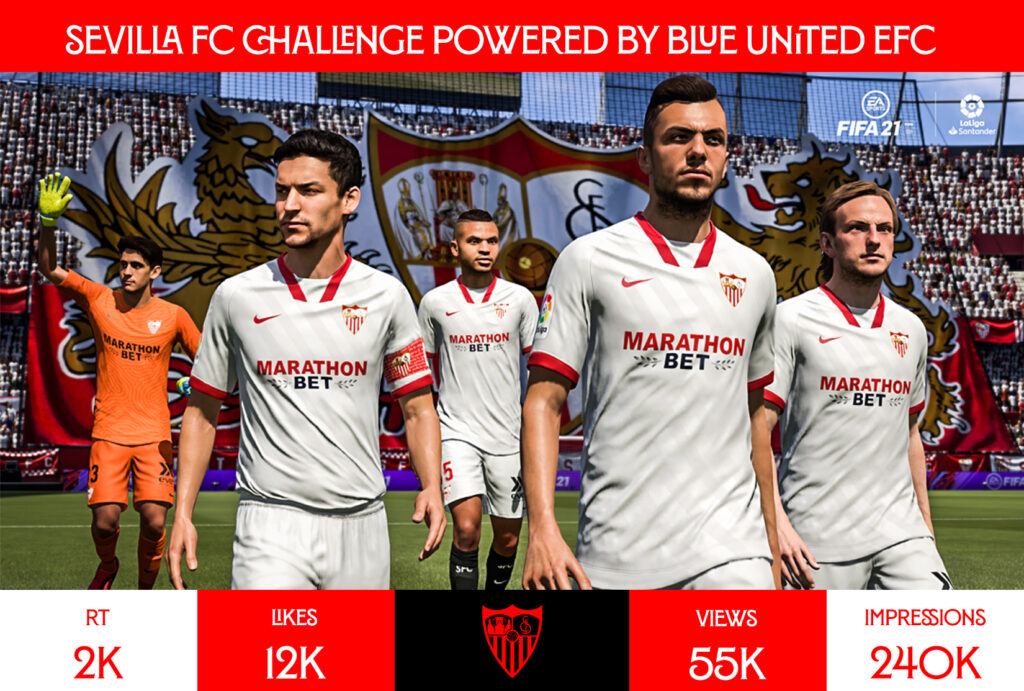 New York | Sevilla : As the first collaboration between Sevilla FC and Blue United eFC – Champions of FIFA in Asia and top 5 professional team in the world – we created content inspired in the philosophy of Sevilla FC, our winning mentality, the passion the Club inspires in our fans, and our ability to overcome challenges and never surrender.

The goal of the campaign was to connect with gamers and a younger audience and explain the values and philosophy of Sevilla FC.

Sevilla FC has contributed many players to the Spain national team throughout their history, including FIFA World Cup champions Sergio Ramos, Jesus Navas and Carlos Marchena.