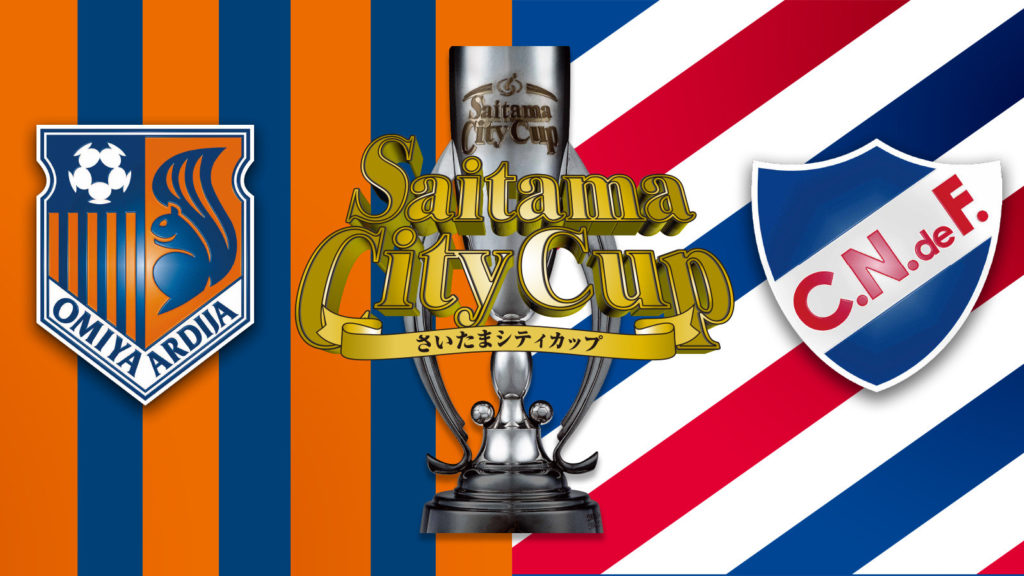 “It´s a great honour for Nacional to be present at Saitama next year to represent the tradition of Uruguayan football in such a prestigious tournament like the Saitama City Cup” said José Decurnex, president of Club Nacional de Football. “For Nacional, Japan is one of the most important countries to visit because part of our rich history was made there, wining the Toyota Cup un 1980 against Nottingham Forest and in 1988 against PSV Eindhoven. Now is the time to receive the honour of being guests in one of the most well known friendly tournaments in Japan
and Asia”.

“We would like to thank the city of Saitama, Omiya Ardija and Club Nacional de Football for their trust in Blue United as a FIFA Match Agent to organize this exciting tournament” said Takehiko Nakamura, President of Blue United Corporation. “We are proud to continue with the mission of
Blue United, which is to connect businesses and soccer and help them build their brand and expand internationally. We look forward to seeing a great show with two high-class teams performing at their best”.

For more information about the tournament and tickets sales, please visit

Since 2018, the club has been joined again with the J2 league, and in that same year, the club celebrated the 20th anniversary of the club’s establishment. We are also focusing on the efforts of the academy that
will lead to the future of the club. So far, there have been a total of 18 people who have been promoted to the top team, and have established the position as one of the best teams in the J League.

The club will continue to aim for a club that will be loved by local people and contribute to the development of the region.

Nacional is the most laureate football team in Uruguay with a total number of 157 official Tournaments including 3 Copa Libertadores (1971, 1980, 1988) and 3 Intercontinental Cups (1971, 1980, 1988). A quick review of Nacional´s past since it was founded in 1899 reveals several landmarks and cornerstones for the football history itself. The Gran Parque Central, his home field in Montevideo, was the stadium where it took place the first match in the history of the World Cups in 1930.

Nacional is well known all over the world for the number of young talents that where born at its football academy. The likes of Luis Suárez, Alvaro Recoba, Gastón Pereiro, Ruben Sosa, Diego Godin or Fernando Muslera are just somo of the names who wore the traditional White, Blue and red jersey of the “Tricolores”.

Blue United Corporation, with offices in New York, Tokyo and Nagano, launched in Fall 2015 and is full-service agency, supporting brands, companies and sport organizations in their international expansion.
Blue United Corporation focuses on elevating brands on a global scale in the American and Asian markets. Moreover, Blue United founded the first professional eSports FIFA-focused team in Japan in 2017 and conceptualizes and executes the organization of major events, such as the